Shop Your Closet - A Restyle Event from Formal to Cocktail 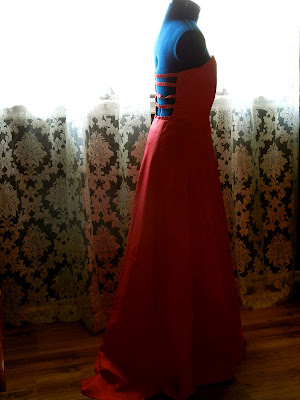 This pretty red dress has resided unworn in my closet, literally, since high school. I had more formal events then and for whatever reason this one was never worn. I have come close to giving it to prom dress drives multiple times and probably should have, but every time I would try it on it was flattering in a simple way...just enough that I wanted to hold onto it a bit longer. Finally, I was at a point of either it needed to go or stay, but not stay in its current state because that was what was limiting me from wearing it.

I specifically needed a red cocktail dress. I liked the princess seaming, the corseted top and the back detail on the dress, so I decided to leave that alone.

The tulle had to be removed form the under skirt. I have another project I can use this for so I ripped the seam and left the tulle intact. 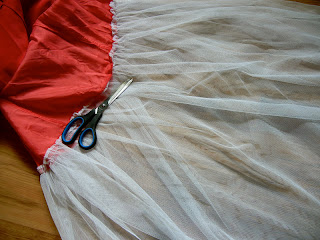 Something else that had to be done was deciding on a length and then cutting some fabric from the bottom of the dress. 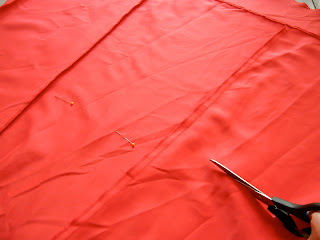 I began changing the shape of the skirt by measuring myself in three places below my waist. With each measurement I would place a pin into the dress where the horizontal measurement was taken. I then placed a piece of paper containing my measurement on each of those pins. (This would be easier with help, but this method works pretty well if you are on your own.) Next I measured the dress width at each of those points. Considering the dress is a slight ball-gown I expected to need to take in the seams significantly in some areas. By subtracting my measurements from the dress measurements I was able to divide that number by the four seams I would be working with and take the same amount from each. 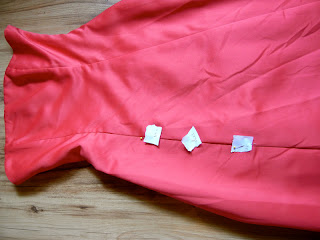 Voila! Though pinned, in this picture, you can clearly see the transformation. 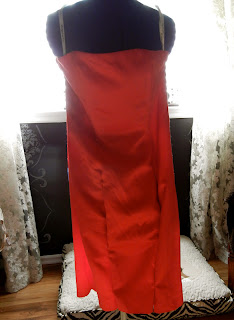 If you are trying this on your own and not thoroughly comfortable sewing you may try to do some of it yourself or mentally build an idea and take it to a seamstress for advice and help on restyling your garment.

My intent was never to stop at a simple sheath. I had a design in mind I just wanted to avoid the time consuming efforts of constructing a corseted top with boning. So here is where I stopped with this dress, but again it is really up to you as to what direction you want to take your restyling event. 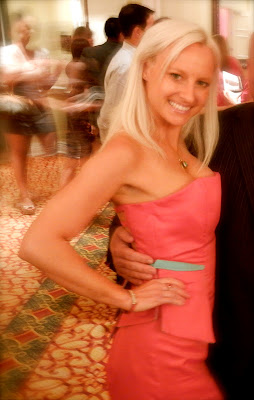 Posted by The Dainty Domestress at 4:00 AM