Belts - An Often Under or Incorrectly Used Accessory

What could be more fun than a belt? I don’t know about you, but it was the staple in my dress-up drawer as a child and the accessory that began this adventure to fashion design. Belts were the initial building block then...(and an endless yardage of scarves). After a few years and a very unwavering, former home-economic teaching Aunt, I learned that sometimes stitches were the more proper mode of securing a garment into one piece. So, maybe belts did not impact your career in the same way they have mine, but hopefully I will persuade you to allow them to positively impact your wardrobe.
First of all let’s talk about acquiring belts. Though I have found some of my favorite belts new in stores, I would say the majority of my real finds come from estate sales or relative’s closets. Belts are so much like necklaces regarding trends, timelessness, and statements. Often people are more able to identify with a piece of jewelry, like a necklace rather than a belt, but let’s merge than thought process for just a bit. Think back to the eighties. Against all of our better judgements the eighties are rising again! Thankfully, though, just in elemental stages. Think about that gaudy, awful jewelry of the eighties, but then remember even in the eighties did have some crowning jewels too. 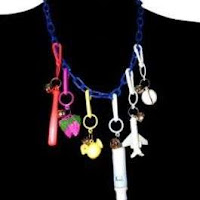 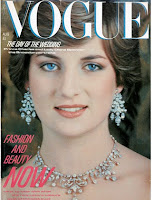 I believe “most” people can tell the    difference between the timeless piece and the piece that has seen better times. That is why estate sales, antique stores, thrift shops, etc. produce such great belts! Belts can also be good investments as long as they are not overtly trendy and YOU do not change size. Hang on to belts with interesting   colors and styles, but that are not excessively tied to a past decade. (...And hang-on to, might include not wearing them now, as in, five years after the trend has  expired, but waiting until the right timing to reemerge them back into your wardrobe.)
Speaking of timing, one might suggest reviewing some trends would be important. So here we are crawling out from beneath a giant boulder called the recession and attempting to put behind us a scarring war. I am may be too optimistic, but I see this a joyful time for fashion as Christian Dior did when he created Dior’s new look. Which, if I may remind you included a cinched and often belted waist... 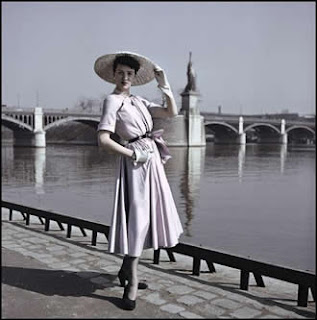 I do not want to go into too much trend detail in this post, but merely say we are seeing a revival of color, bright vibrant colors, feminine dress - waist emphasis and hats, structure, but without so much militaristic influence, a variety of prints, warm tones - golds and deep, less-icy grey.
I always want to leave you with some practical applications for your own closet (from my own closet). Nothing too trendy, just realistic...
Here I have taken a couple light-weight jackets. For the first, I found a thread of nice bright yellow that I wanted to emphasis and did so with a bright yellow belt. 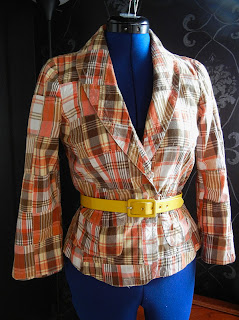 For the second jacket I added two monochromatic, sable-toned skinny belts. For those with large busts and short waist - this double breasted “white” jacket with a large collar and a dark colored belt combo would create a disproportionate appearance for you. Try a darker jacket dark belt combo instead. 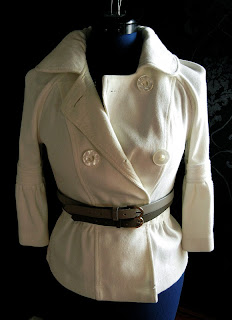 Many of you have to wear business attire for your work. Those of you in banking, legal jobs, etc. there is a fine line we can tread on, but adding a belt may be your best bet to bringing current trends to an often stodgy set of options.
Below I have topped a wide casual belt with a slim blue belt. The warm and cool tones balance each other while adding a focal point. 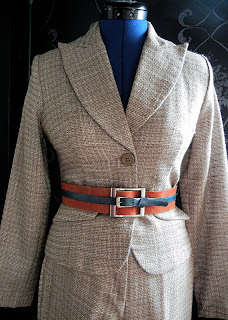 This vintage suit dress is much, much prettier in real life. Unfortunately, I was loosing light too quickly for accurate pictures, but you can get the idea. 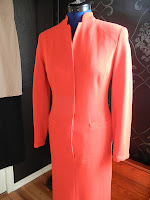 I have previously discussed skins and blue/red combinations as trends lasting through this winter.

Scale your belt to your size if you are unsure the width you should wear.
We all love these floppy oversized, cape-like sweaters. They are comfortable, they are everywhere, now let’s make them look a bit more tidy. And yes, you do see a faint trace of dog-hair. What can I say, “Love me, love my dog”... 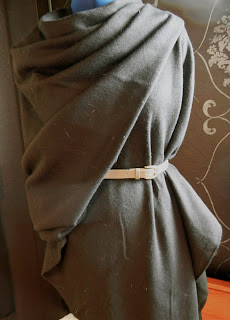 Just in case you do not find this self-explanatory, drape one of the front pieces over the opposite shoulder. 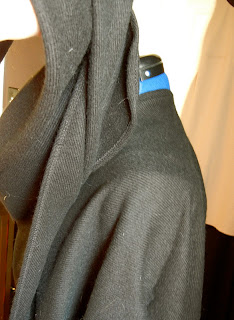 Secure that front panel at the small of your back with a belt. 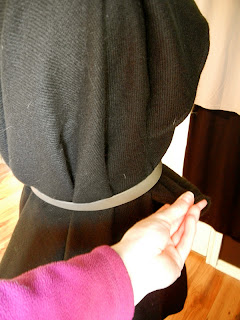 A belt does not always have to cinch the waist. Below you see a belt deemphasizing the waist. An angled belt can move the eye in a more flattering direction. Additionally, a belt can dress-up or dress-down a garment depending on your needs. 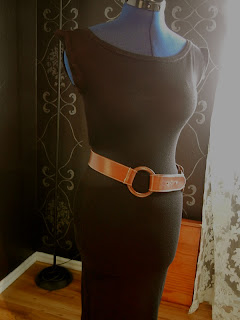 What a classic Saturday or any day look. This can be worn running errands with jeans or with slacks to the office. Think Diane Keaton’s effortlessly polished look. 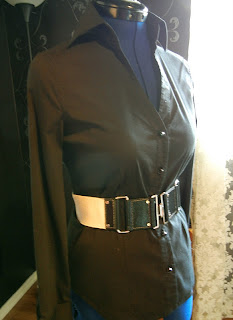 Bat-wing and dolman style sweaters are cozy, but we often find ourselves lost somewhere beneath them. Adding a belt will not make them any less comfortable or stylish. 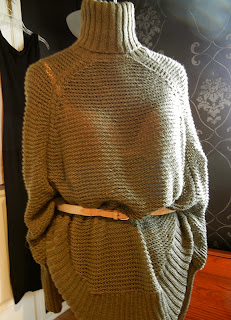